His Majesty King Abdullah II’s initiatives were launched to implement a vision to enhance the living conditions and standards of citizens. These initiatives build on various achievements and encompass several sectors — health, education, youth, the safeguarding of holy sites, social development and productive projects.

As His Majesty King Abdullah II ascended to the Throne on 7 February 1999, several Royal initiatives were launched that built on Jordan’s achievements and implemented His Majesty’s vision for enhancing citizens’ living conditions. Today, these initiatives encompass a range of sectors, such as healthcare, education, youth, custodianship over holy sites, social development and income-generating projects.

The Royal initiatives include: 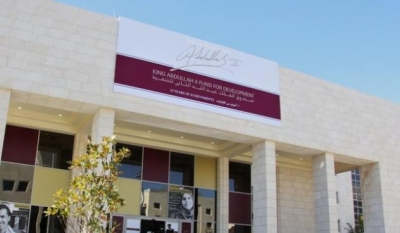 Established in 2001, as a non-governmental organisation, the King Abdullah II Fund for Development (KAFD) strives to improve living conditions in the Kingdom’s governorates by implementing social, educational and economic programmes aimed at distributing sustainable development gains through partnerships with the private sector and civil society institutions.

KAFD’s programmes and projects seek to serve individuals, companies and public and private institutions within a framework that reflects KAFD’s principles of transparency, productivity, sustainability, collaboration and efficient funding. Moreover, KAFD seeks to contribute to a fair distribution of development gains among the governorates by establishing pioneering productive projects through real public-private partnerships and with civil society organisations. Founded in January 2006, the King Abdullah II Centre for Excellence (KACE) aims to spread a culture of excellence and to function as a national point of reference to identify Jordan’s competitiveness by adopting best practices and incorporating them into the standards of the awards it launches and implements across all sectors.

KACE is the national point of reference assigned to measure the level of excellence and quality at public institutions, private unions, companies, education service providers and non-governmental institutions. It measures their capabilities and efficiency in providing services, in addition to their contributions to the competitiveness of the Jordanian economy.

Through King Abdullah II’s field visits to the country’s governorates and meetings with citizens and representatives of tribes and camps, the priorities of development projects in various sectors were identified.

His Majesty King Abdullah II has given a great deal of attention to the development, social and humanitarian sectors of the Jordanian community, striving to upgrade these vital areas with the goal of reaching sustainable development.

The Royal initiatives include the following projects:

His Majesty King Abdullah II has launched a number of development initiatives that are being implemented in partnership and coordination with concerned official parties, and they include:

In implementation of King Abdullah II’s vision, the youth sector has been supported in coordination with the Higher Council for Youth to benefit all governorates, by:

In accordance with His Majesty’s directives to combat unemployment, to employ and recruit young people and to enhance the standards of living of families around the Kingdom, especially in underprivileged areas, the Vocational Training Corporation has received support through the following actions:

The initiatives implemented in the agricultural sector include:

Projects geared towards providing the best healthcare services in the Kingdom, including:

To achieve His Majesty’s vision and aspirations to enhance education in the Kingdom. The following initiatives are aimed at fulfilling:

A number of tourism projects have been supported, with the aim of developing and supporting the sector, in addition to enhancing the level of services offered in Jordan. These projects include:

Initiatives to Empower People with Disabilities

Work is underway to coordinate with the Ministry of Social Development and the Higher Council for the Affairs of Persons with Disabilities to construct and equip a number of centres to diagnose disability and centres for early detection. Work also seeks to fully rehabilitate people with disabilities, in addition to secure means of transport that would serve disability centres. Moreover, the initiatives entail offering direct support to a number of commissions and civil society institutions that support and empower people with disabilities.

In November 2005, His Majesty launched a pilot project for decent family housing in Mafraq Governorate.

The first phase of the project included constructing 600 units for families in 10 governorates, while the second phase included building 1,400 units distributed around the Kingdom’s governorates. The units were completed and delivered to their owners. So far, more than 2,000 housing units have been delivered to their targeted beneficiaries, while hundreds of housing units are still under construction. This initiative also entails equipping the houses with furniture and the necessary appliances.

Safeguarding Holy Sites in the Kingdom and Jerusalem

The Royal initiatives to safeguard holy sites in the Kingdom and religious sites in Jerusalem include the following: