She will be laid to rest on Wednesday at the Royal Cemetery in a private funeral ceremony after the noon prayer at the Royal Guards Mosque. King receives chief of staff of US Air Force 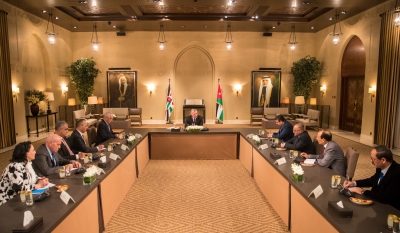