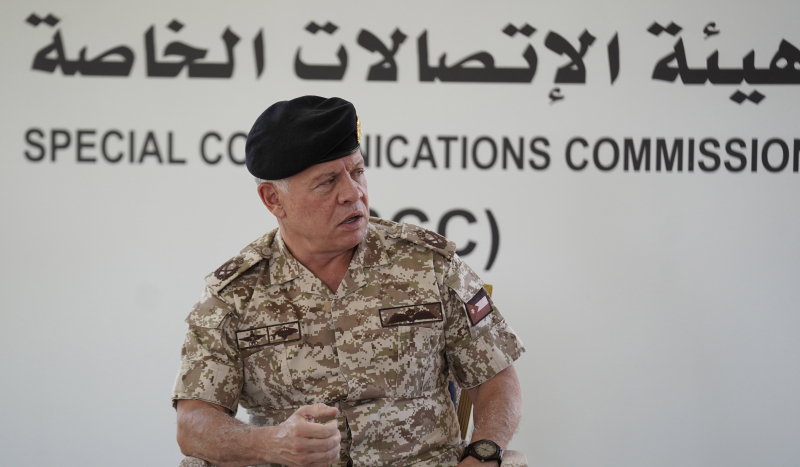 His Majesty King Abdullah, the Supreme Commander of the Jordan Armed Forces-Arab Army, on Monday visited the Control Centre of the Special Communications Commission (SCC).

During the visit, His Majesty stressed the need to build capacities and benefit from international expertise to enhance the protection of communications and information security.

The King was briefed by the SCC director on the commission’s tasks and duties, its projects and systems, as well as its future plans and readiness to deal with various developments.

Touring the centre, His Majesty urged keeping up with rapid advances in ICT.

Speaking to staff at the control centre about the projects they work on and the services offered to a number of public and private sector institutions, the King expressed pride in the professionalism of all SCC personnel.