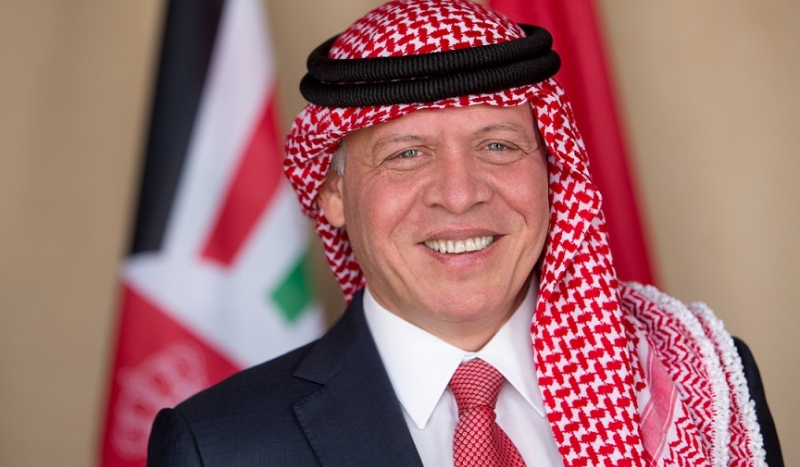 His Majesty King Abdullah returned to Jordan on Sunday after heading Jordan’s delegation at the 30th Arab Summit in Tunis, where His Majesty delivered Jordan’s address at the opening session.

Tunisia was the final leg of a tour that King Abdullah started in Morocco, where His Majesty held talks with King Mohammed VI.

The talks covered the importance of supporting the Palestinian people to enable them to regain their legitimate rights and establish an independent Palestinian state on the 4 June 1967 lines with East Jerusalem as its capital.

The importance of defending Jerusalem and its holy sites against attempts to change their historical, legal, and political status quo or alter their religious and cultural Islamic and Christian identity was stressed as a top priority for Jordan and Morocco.

The two leaders also agreed to take cooperation between Jordan and Morocco to the level of a strategic partnership, while maintaining coordination.

From Morocco, His Majesty headed to Italy’s city of Assisi, where the King, accompanied by Her Majesty Queen Rania Al Abdullah, received the Lamp of Peace award for 2019, in recognition of his efforts to promote human rights, harmony, interfaith dialogue, and peace in the Middle East and the world.

On the sidelines of the award ceremony, the King held separate meetings with German Chancellor Angela Merkel, Italian Prime Minister Giuseppe Conte, and President of the European Parliament Antonio Tajani, with discussions covering regional developments and means to enhance cooperation.

In France, His Majesty held talks with French President Emmanuel Macron that focused on the Palestinian cause and Jerusalem, as well as regional developments.

King returns to Jordan after working visit to Washington, DC