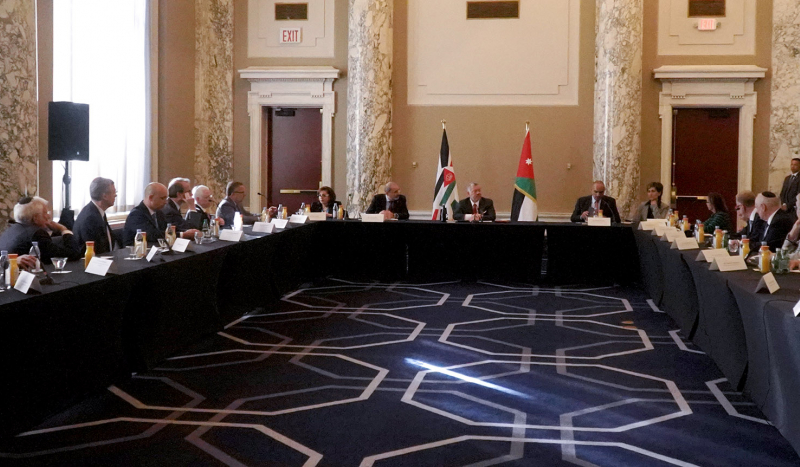 His Majesty King Abdullah met on Sunday with representatives of international and American Jewish organisations on the sidelines of the 74th Session of the General Assembly of the United Nations in New York.

King Abdullah stressed that the two-state solution is the only means of achieving peace between the Palestinians and the Israelis, leading to the establishment of an independent Palestinian state on the 4 June 1967 lines, with East Jerusalem as its capital, living side by side with Israel in peace and security.

His Majesty noted the important role of Jewish organisations in supporting efforts to achieve just and lasting peace in the region.

Discussions also covered efforts to reach political solutions to regional crises, and efforts to fight terrorism within a holistic approach. King, at Scholar-Statesman Award Dinner, urges countries to believe in their peoples, give them opportunity