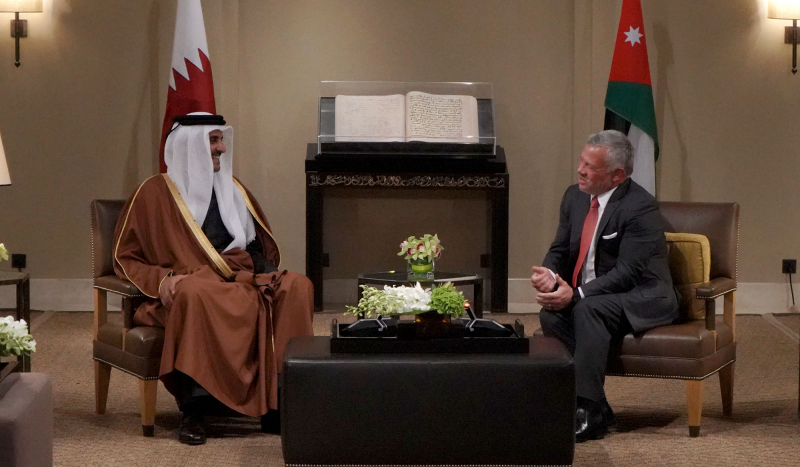 King Abdullah and Sheikh Tamim reaffirmed the deep-rooted, brotherly ties between the two countries, and keenness to bolster them across all sectors, especially economic and investment-related fields.

Discussions at the bilateral talks—which were followed by expanded talks attended by His Royal Highness Prince Ali bin Al Hussein, the escort of honour, and senior officials on both sides—covered the importance of activating the Jordanian-Qatari higher committee and capitalising on promising opportunities to advance mutual interests.

Talks also covered regional developments, foremost of which is the Palestinian cause and the need to support the Palestinians as they seek their just and legitimate rights to establish their independent and viable state on the 4 June 1967 lines, with East Jerusalem as its capital, based on the two-state solution, and international law and relevant UN resolutions.

Moreover, discussions covered efforts to reach political solutions to regional crises that would restore security and stability to the region and its peoples. King to hold talks with Qatar emir in Amman on Sunday