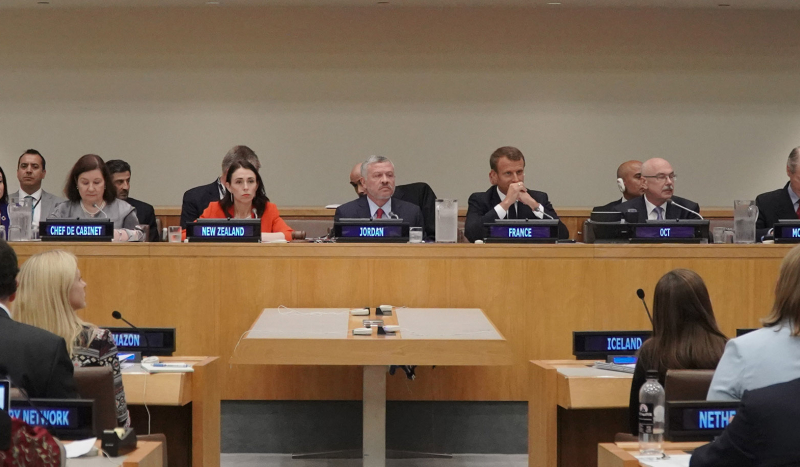 His Majesty King Abdullah on Monday urged vigilance in countering the global threat of terrorism and extremism in all their forms, noting the “tremendous complexity of the challenge”.

“There is no single enemy, no single target, and no single technology fix,” King Abdullah said in remarks at the opening session of the Leaders Dialogue: Strategic Responses to Terrorist and Violent Extremist Narratives, organized by Jordan in cooperation with the UN, France, and New Zealand.

“Our solutions must protect core values, like freedom of innovation and expression,” His Majesty added at the meeting, attended by Their Royal Highness Crown Prince Al Hussein bin Abdullah II and Prince Ghazi bin Muhammad, His Majesty’s chief adviser for religious and cultural affairs and personal envoy, in New York.

Participants included the presidents of France, Senegal, Chile, Costa Rica, Kenya, Slovenia, and the Maldives; the German chancellor; the vice president of Indonesia; the prime ministers of New Zealand, the UK, Australia, India, Ireland, the Netherlands, Norway, Spain, Belgium, Iceland, Malta, and Romania; and the foreign ministers of Argentina, Bulgaria, and Colombia; as well as the chef de Cabinet of the Executive Office of the UN Secretary General, the secretary general of the Organisation for Economic Co-operation and Development, and the UNESCO director general.

The King said extremist groups “derive their oxygen from hate-filled narratives, that distort our faiths and betray the national principles of our countries”.

“Almost as fast as the Internet and other technologies evolve, these forces of hatred find ways to abuse them: recruiting the vulnerable; trafficking weapons and illegal goods; planning and directing terrorist actions; and publicising atrocities that have shocked the human conscience, worldwide,” His Majesty said.

“It serves no one's interest to stand by, as terrorists twist the tremendously positive power of technology and innovation to serve the forces of hate. We need to act. And that demands partnership—the combined capabilities and strategic insights of technology companies, civil society, and governments worldwide,” His Majesty underscored.

“It was to strengthen these global bonds that Jordan launched the Aqaba Process in 2015. Our initiatives have aimed at building a strong global platform, enabling multiple stakeholders to share expertise and focus resources in the fight against terror,” the King said.

The holistic approach is a major feature of the Aqaba Process and the partnerships that it led to, His Majesty added.

“It goes beyond security cooperation, to recognise the wide range of relevant efforts: law enforcement; education; inclusive, sustainable development, that gives people—especially young people—opportunity and hope; and conflict resolution, to achieve peaceful political solutions to the crises that terrorists exploit,” the King said.

His Majesty called for countering the extremist narrative, on-line and off-line. “This means fighting the ideological battle on behalf of core values humanity depends on:  mutual respect, understanding, and coexistence,” the King added.

His Majesty urged more leaders to engage in this process.

“You have all stepped forward to take responsibility and work in cooperation. Let us keep up the momentum. Let us get more leaders and experts into the process. And let's get results,” the King urged the attendees.

“A wedding in Amman, a youth camp in Norway, .an arena in Manchester, a girls' school in Nigeria, a concert in Paris, mosques in New Zealand, churches in Sri Lanka, synagogues in the United States—all these, and far, far too many other targets, have been seared into the global memory of terror,” His Majesty said.

The King commended multilateral, multi-sector efforts like the Christchurch Call and the Aqaba Process, as well as technology company initiatives like the Nine-Point Plan and the Global Internet Forum for Counter-Terrorism to fight extremism.

Speakers at the high-level meeting commended Jordan’s efforts in launching the Aqaba Process to bring stakeholders together with the goal of countering terrorism within a holistic approach.

Monday’s meeting is part of ongoing global efforts to counter terrorism, coming in follow-up to the Christchurch Call held in Paris to counter extremism and hate speech online, the Aqaba Process, and tech company initiatives in the same vein.

Foreign Minister Ayman Safadi, Adviser to His Majesty for Communication and Coordination Bisher Khasawneh, and Jordan’s Permanent Representative to the UN Sima Bahous attended the meeting. 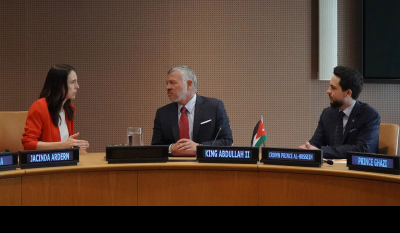 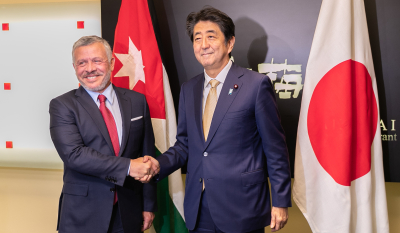 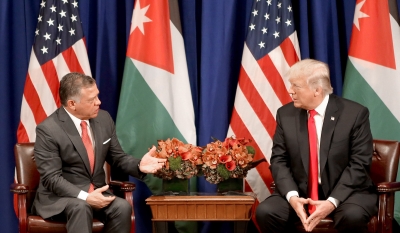 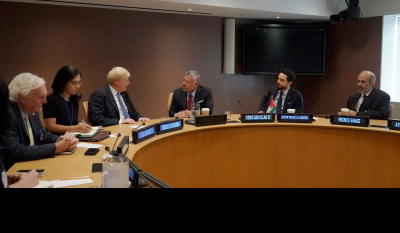 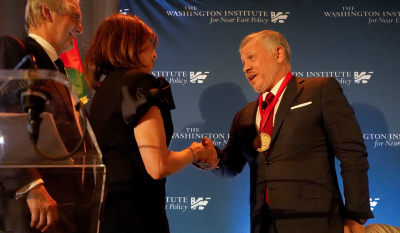 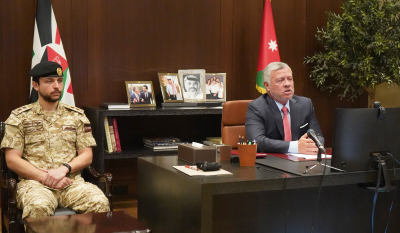