His Majesty King Abdullah, accompanied by Her Majesty Queen Rania Al Abdullah, arrived in the United Arab Emirates on Tuesday.

Jordan’s Ambassador to the UAE Nassar Habashneh and senior staff from the embassy were also present to welcome Their Majesties.

King returns to Jordan after visit to Turkey, Tunisia 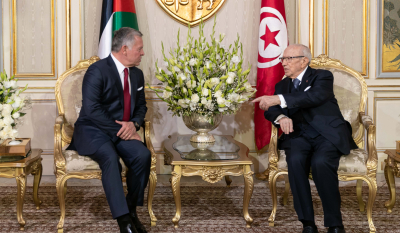