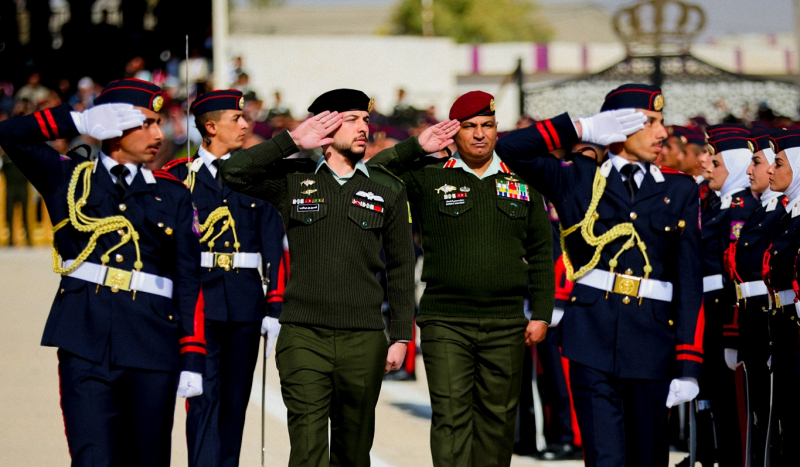 Speaking at the ceremony, JAF Mufti Hassan Makhatreh underscored the Hashemite leadership’s keenness to establish and advance military education to provide young officers with the knowledge and qualifications needed to succeed in military service.

For his part, Royal Military College Commandant Sufian Suleihat said the college is working on implementing His Majesty’s vision in developing its educational and training programmes to equip officers with the military and leadership skills needed for service at JAF.

Founded in 1950, the Royal Military College graduates officers from JAF and armed forces in other Arab countries.