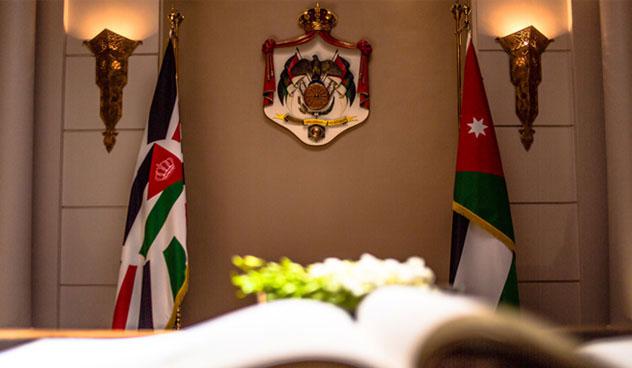 Jordan’s Constitution contains the basic rules that define the shape of the Jordanian state and its system of government, in addition to the jurisdictions of the powers within that system, their duties and their relation to one another. It also specifies the rights and duties of individuals. The Constitution is the highest law of the land in Jordan; therefore, no piece of legislation can contravene it, be it laws, by-laws or regulations.

The Jordanian Constitution has evolved over several phases to keep up with the political, economic and social changes in the community and the state’s apparatuses.

The Legislative Authority primarily endorses the laws submitted by the government and monitors the performance of the executive authority by the following:

The Senate is the Upper House of Parliament, whose members are national figures appointed by the King. Along with the elected House of Representatives, it is the legislative authority in the Kingdom.

following classes: present and former prime ministers and ministers; former ambassadors, minister plenipotentiaries and Lower House speakers; president and judges of the Court of Cassation and of the civil and Sharia Courts of Appeal; retired military officers of the rank of Lieutenant General and above; former deputies, who have been elected at least twice; and other similar personalities, who have the confidence of the public for serving the nation and the country.

The term of office in the Senate is four years and the Constitution allows for reappointing those who have served a full term. The Senate’s meetings are connected to those of the House of Representatives and held simultaneously with them. The sessions are the same for both houses, and the Senate’s meetings are halted when the House of Representatives is dissolved.

Under Article 67 of the Constitution, the House of Representatives consists of members elected in a general direct election, in accordance with the provisions of the Elections Law, which ensures the right of candidates to monitor the electoral process, the punishment of those who may adversely influence the will of voters and the integrity of the election in all its phases. The Lower House elects its speaker at the beginning of each ordinary session for two years and he or she may be re-elected.

The term of office for members of the House of Representatives is four years, commencing from the date of the announcement of the results of the general elections in the Official Gazette. The King may, by a Royal Decree, prolong the term of the Lower House for no less than one year and no more than two years.

The House of Representatives holds meetings over several sessions, which are classified into three types: ordinary, exceptional and extraordinary.

The Lower House can grant or withhold confidence to the government. Under Article 53 of the Constitution, each newly formed Cabinet submits a statement of its policy to the Lower House within one month of its formation. A Cabinet obtains the Lower House’s confidence if the absolute majority of lawmakers vote in its favour.

Article 45 of the Constitution identifies the jurisdiction of the Council of Ministers, which includes administering all the internal and external affairs of the state, except for matters that are or may be entrusted by the Constitution or by any other legislation to another person or body.

Under Article 46 of the Constitution, any minister may be entrusted with the responsibility of one or more ministries, as may be stated in the Decree of Appointment, while Article 47 stipulates that every minister is responsible for the conduct of all matters pertaining to his or her ministry and that he or she refers to the prime minister any arising matter that does not fall within his or her competence. The prime minister disposes of all matters within his or her powers and refers other matters to the Council of Ministers to take the necessary decisions.

Article 49 of the Constitution stipulates that verbal or written orders by the King do not absolve ministers of their responsibilities, and Article 50 says that all ministers are considered as having automatically resigned or been dismissed from office if the prime minister is dismissed or resigns. Under Article 51, the prime minister and ministers are collectively responsible before the House of Representatives for the general policy of the state, while each minister is accountable before the Lower House for the affairs of his or her ministry.

Courts in Jordan are open to all and free from any interference in their affairs by official or unofficial parties; all individuals and institutions may resort to court.

Under Article 99 of the Constitution, courts in the Kingdom are divided into three categories: Civil Courts, Religious Courts and Special Courts.

To ensure that justice is served, litigation in Jordan is possible on several levels, enabling the individual or institution against whom a court has ruled to plead their case before a higher court.

The Judicial Council, under the Independence of the Judiciary Law, lies at the top of the hierarchy of the Judicial Authority in the Kingdom, embodying — alongside Parliament and the Council of Ministers — the principle of the separation of powers. Under the 2011 constitutional amendments, the Judicial Council is the sole entity with the power to appoint civil judges and refer them to retirement as per the relevant law.

The council is also concerned with the development of the judicial authority and presenting legislative suggestions related to the judiciary, prosecution and litigation to guide the government when drafting various laws and by-laws. 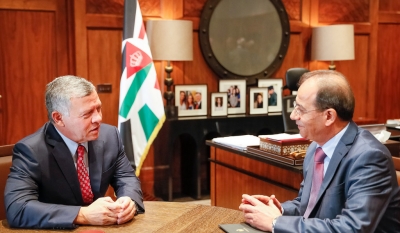 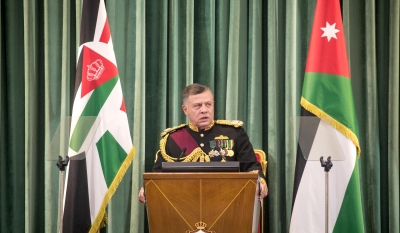 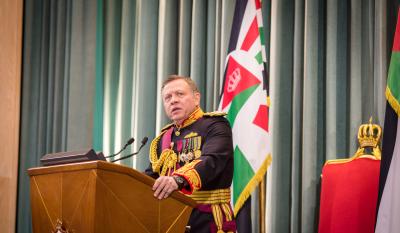 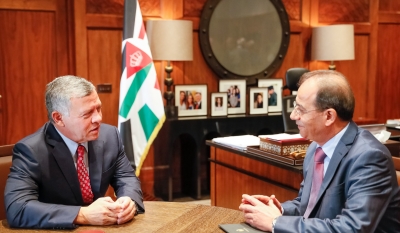