Jordan’s history dates back to the Stone Age, which started around 1.5 million years ago. This section outlines the milestones in the life and civilisations that developed on Jordan’s land, arriving at the establishment of a modern state under the Hashemite rule.

"In the Islamic era, Jordan was the gateway for conquering the Levant, with Muslim armies crossing it to spread Islam. Mutah Battle in the eighth Hijri year, Tabaqat Fahl (Pella) Battle in 13 Hijri, and Yarmouk Battle in 15 Hijri were all fought on Jordanian land."

The findings at archaeological sites in Jordan prove that ancient civilisations lived in this area, especially in Wadi Shobak, Qweira, Al Jafer, Ain Ghazal (in Amman) and Beidha Village north of Petra.

Artefacts dating back to the Metal Ages — which encompass the copper, bronze and iron ages — have been discovered in these sites. For example, artefacts from the Copper Age have been found in Tleilat Al Ghasoul area in the Jordan Valley near Deir Alla, in addition to in Tal Abu Hamid in the Northern Ghor.

In the Bronze Age, a number of states and civilisations were present in Jordan, foremost of which are:

The State of Edom

The Edomites, a Semitic people, built their state in Al Hassa area south of Jordan, with Basirah in Tafileh Governorate as their capital.

The State of Moab

The Moabites were a Semitic people, who established their state in the area that lies between Al Hassa River and Wadi Mujib south of Jordan. The state’s borders changed based on internal matters and the political developments around it, eventually expanding north of Mujib and establishing a capital in Theeban. The artefactual remains of this civilisation is the Mesha Stele, which was unearthed in Theeban.

The Ammonites were also a Semitic people who established their state in the area between the Zarqa River and Wadi Mujib. Their capital was Rabbath Ammon (Amman).

In the Iron Age, the Nabatean civilisation lived in Jordan. The Nabateans were Arabs who took over southern Jordan and established one of the major civilisations in the region, with Petra, northwest of Wadi Musa, as their capital. Their state continued from 500 BC to 106 AD.

In the Islamic era, Jordan was the gateway for conquering the Levant, with Muslim armies crossing it to spread Islam. Mutah Battle in the eighth Hijri year, Tabaqat Fahl (Pella) Battle in 13 Hijri, and Yarmouk Battle in 15 Hijri were all fought on Jordanian land.

The Abbasid State was launched from Al Humaimah Village near Maan in southern Jordan. The Abbasid reign continued from 132-656 Hijri. In their final years, the Abbasids ruled via statelets affiliated with them in name that spread in the Levant, including in Jordan: the Tulunite State (254-292Hijri) and the Ikhshidid State (323-358 Hijri), after which came the Fatimid State, which extended its control over the Levant until 1099 AD. After that date, Jordan came under the occupation of the Franks, who were fought by the Arab Muslim resistance, which was able to rout them in the Battle of Hattin in 1187 AD under the leadership of Salaheddin Al Ayoubi (Saladin), who went on to liberate Jerusalem.

The Ayyubid presence continued up until the reign of the Mamluk State began in 1250 AD, which was followed by the Ottoman State after the Ottomans routed the Mamluks in the Battle of Marj Dabiq in 1516. The Levant, including Jordan, then came under Ottoman rule until the end of 1918.

"After the end of World War I, in 1918, Jordan became part of the Arab Kingdom of Syria, led by King Faisal bin Al Hussein, may his soul rest in peace."

After the end of World War I, in 1918, Jordan became part of the Arab Kingdom of Syria, led by King Faisal bin Al Hussein, may his soul rest in peace. This continued until northern Syria fell under the French occupation in the aftermath of the Battle of Maysaloun on 24 July 1920.

The fall of the Arab rule of King Faisal in Greater Syria left a political vacuum in Jordan, which continued until 21 August 1920, when it came under British mandate. During this period, there was no form of authority or military forces, which exacerbated unrest and caused instability on all levels. As such, after meeting with a number of Jordanian leaders in the northern cities of Salt on 21 August 1920 and in Um Qais on 2 September 1920, and hearing their demands, Britain decided to form several local governing councils made up of community leaders in the Jordanian community.

These councils were referred to as local governments, and their reign lasted from 21 August 1920 until 21 March 1921. They were: 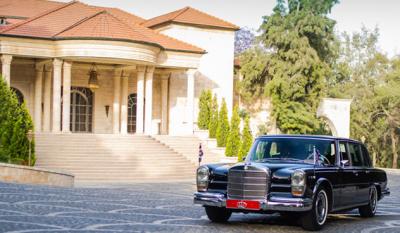 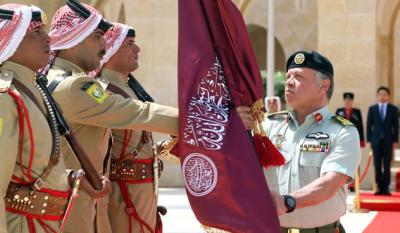 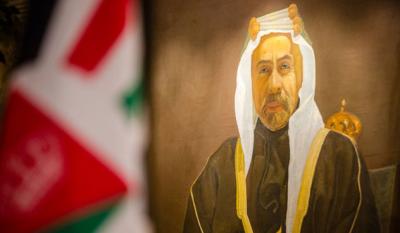 The History of the Hashemites The Jordanian Flag and the National Anthem