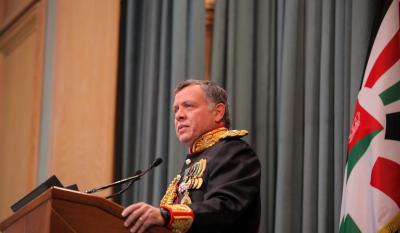 The eldest son of King Hussein bin Talal and Princess Muna Al Hussein, His Majesty was born in Amman on 30 January 1962. King Abdullah II has four brothers and six sisters. His Majesty received elementary education at the Islamic Educational College in Amman, enrolling in 1966; and then attended Saint Edmund’s School in Surrey, Britain, before attending Eaglebrook School and Deerfield Academy in the United States to complete secondary education.

Within training as an officer in the Jordan Armed Forces-Arab Army, the King joined the Royal Military Academy Sandhurst in the United Kingdom in 1980. His Majesty was commissioned as a Second Lieutenant after completing military education there. The King was then appointed as commander of a scouting company in the 13/18 battalion of the British Royal Hussars. In 1982, His Majesty completed a one-year special studies course on the Middle East at Oxford University.

Upon return to Jordan, King Abdullah II enlisted in the Jordan Armed Forces-Arab Army with the rank of first lieutenant; and then served as a platoon commander and assistant commander of a company in the 40th Armoured Brigade. In 1985, His Majesty attended an advanced armour course in Fort Knox, Kentucky in the United States.

In 1986, the King became commander of a tank company, with the rank of Captain in the 91st Armoured Brigade of the Armed Forces. His Majesty also served in the anti-tank helicopter wing in the Royal Jordanian Air Force, after obtaining qualification as a paratrooper in military freefall and as a Cobra Attack Helicopter pilot.

In 1987, the King attended the School of Foreign Service at Georgetown University in Washington, DC, and undertook advanced study and research in International Affairs within the framework of the master’s programme in Foreign Service.

His Majesty served as assistant commander of a company in the 17th Royal Tank Battalion, and was later promoted to the rank of Major. King Abdullah II also attended a staff course at the Staff College, Camberley in the UK.

In the period 1991-1992, the King represented the Armoured Corp at the Office of the Inspector General of the Jordan Armed Forces-Arab Army. His Majesty also led the Second Royal Armoured Battalion; and in 1993 was promoted to Colonel, taking over as Commander of the 40th Armoured Brigade. King Abdullah II later became Assistant Commander of the Royal Jordanian Special Forces, before taking over as Commander with the rank of Brigadier General. In 1996, the King restructured the Special Forces in 1996 to form elite units and create the Special Forces Command. His Majesty was promoted to major general in 1998; and in June and July of the same year, attended a course on administering defence resources in the Naval Postgraduate School in Monterey, California.

In addition to military service, the King served as regent several times in the absence of His Majesty King Hussein, may his soul rest in peace. On 29 January 1999, His Royal Highness Prince Abdullah II ibn Al Hussein was appointed Crown Prince by Royal Decree. King Abdullah II had previously been named Crown Prince by a Royal Decree that was issued — in accordance with Article 28 of the Constitution — at birth, on 30 January 1962, which was effective until 1 April 1965.

Our Last Best Chance: The Pursuit of Peace in a Time of Peril was written by His Majesty King Abdullah II ibn Al Hussein. In this book, His Majesty recounts major events and milestones and also details Jordan’s vision for ending the Arab-Israeli conflict.

The book was published in Arabic by Al Saqi publishing house in 2011; and it was also published by Viking Press in English in the same year. His Majesty, The Supreme Commander of the Jordan Armed Forces- Arab Army with paratroopers(jump-master) 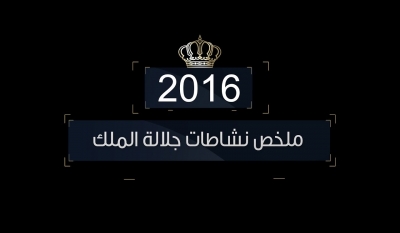 His Majesty the King’s Flag