Historically, the Hashemites have been religiously and morally connected to Mecca and its Islamic holy sites. The Hashemites have maintained Mecca’s stature, and kept it away from political bickering, as they have done with Jerusalem, the first qibla (direction to which Muslims turn in prayer) of Islam. This has all been in line with the cause that they have been fighting for — the freedom of the people and the dignity of the nation.

With the rise of the Jordanian state, the quest to safeguard Jerusalem’s holy sites continued in earnest under the umbrella of the Hashemite leadership.

On 31 March 2013, His Majesty King Abdullah II and Palestinian President Mahmoud Abbas signed a historical agreement in Amman reaffirming the King’s Custodianship over Holy Sites in Jerusalem, and stating that His Majesty has the right to exert all legal efforts to safeguard them, especially Al Aqsa Mosque, which is defined as “the entirety of Al Haram Al Sharif.”

Jerusalem occupies a special place in the hearts and minds of the Hashemites, as it is home to some of the most important and revered Islamic holy sites, most notably Al Haram Al Sharif, with its two mosques and tombs of a number of prophets and major Islamic figures. The Holy City also features a deeply-rooted Islamic architectural heritage within its schools, alleys, corners, markets and libraries.

The other major pillar of Al Haram Al Sharif is Al Aqsa Mosque, which was built in the time of Rashidi Caliph Omar bin Al Khattab. Al Aqsa Mosque was later built next to it under the reign of Umayyad Caliph Abdul Malik bin Marwan in 691 AD, and it is where Prophet Mohammad, peace and blessing be upon him, ascended to heaven during his nocturnal journey from Mecca to Jerusalem in what is deemed as one of his immortal miracles, known as Al Israa wal Miraj.

The Hashemites have stood up against Zionist claims to Jerusalem, which pose a direct threat to the Arab city and its cultural heritage.

In 1922, the Islamic Higher Council was formed in Jerusalem as an Islamic non-governmental institution to safeguard Jerusalem’s heritage. The Council worked to raise funds to restore the Dome of the Rock.

When a delegation from the Council, led by Haj Amin Al Husseini, visited Sharif Hussein bin Ali in Hijaz in 1924 and informed him of the threats to the mosque, Sharif Hussein heeded the call of Jerusalem’s people and contributed around 50,000 golden lire to restore Al Aqsa Mosque and other mosques in Palestine.

The restoration process, with the blessings of Sharif Hussein bin Ali, fortified Al Aqsa Mosque’s facilities to withstand the strong earthquake that hit the area in 1927.

Sharif Hussein’s timely response to the call of Jerusalem’s people showed his awareness of and commitment to the causes of the nation. To honour that spirit of giving, the people and notables of Jerusalem requested that Sharif Hussein, may his soul rest in peace, be buried in the western corner of Al Haram Al Sharif in June 1931, affirming his stature and recognising his efforts in safeguarding Islamic institutions in Jerusalem.

""Palestinians are like trees, the more they are trimmed, the more strongly they grow" his is what His Majesty the late King Abdullah I Ibn Al Hussein told Winston Churchill in Jerusalem on 21 March 1921"

“Palestinians are but like trees; cut their branches, and they grow further,” said His Majesty King Abdullah I, may his soul rest in peace, at a meeting with Winston Churchill in Jerusalem on 21 March 1921. He refused to answer Churchill’s request on the Balfour Declaration, insisting on leaving the fate of Palestine up to its own people.

His Majesty, who took over the rule of Transjordan as emir representing his father, had deep foresight when it came to seeking a better future for the region. His position on Palestine did not waver all throughout the British mandate period, particularly after World War I. He insisted on the importance of freeing Palestine from the Balfour Declaration and also kept his father’s and brother King Faisal’s dream of establishing the state of Greater Syria alive.

Under the reign of the Founding King, the conditions and developments in the region were difficult and went against Arab aspirations. As Britain announced its decision to leave Palestine and refer the issue to the United Nations on 15 May 1948, Israel proclaimed its statehood in Palestine.

His Majesty called for reason in dealing with the international community’s will, urging Arabs to fully grasp the capability of their opponents and their plans; and to work to prevent regional wars for which they were unprepared and whose outcomes were unpredictable. But his suggestions where met with various accusations, and the Arabs went to war, which resulted in a tragedy whose chapters continue to unfold to this day.

In response to the proclamation of the state of Israel, Arabs started their war against it in 1948, and the Jordanian-Arab Army joined the battle to save Jerusalem and the rest of the Palestinian territories. The war ended in Arabs’ defeat and caused great damage to Al Haram Al Sharif in Jerusalem. Immediately, the Founding King called for restoring Zachariya’s mihrab (prayer room) and the surrounding structures that were also damaged.

His Majesty’s attention was not limited to Islamic holy sites; he personally helped put out a fire that nearly destroyed the Church of the Holy Sepulchre in 1949. All throughout his reign (1921-1951), King Abdullah I was the guardian and custodian of Christian holy sites in Jerusalem.

Upon his coronation on 2 May 1953, His Majesty King Hussein bin Talal, may his soul rest in peace, issued Royal directives to the government to restore the Dome of the Rock, which had been losing some of its lustre due to age and weather conditions and was suffering water leakage.

In 1945, His Majesty ordered that a committee be formed under a special law to restore Islamic shrines within Al Haram Al Sharif under Hashemite patronage, based on the historical responsibility of the Hashemites towards holy sites.

The care for Jerusalem and its holy sites continued in 1956, and then in 1959, when the second restoration funded by Jordan, in addition to support from some Muslim states, started. It continued until 6 August 1964, and covered the following:

A ceremony marking the conclusion of the second Hashemite restoration was held at Al Haram Al Sharif on 6 July 1964, under the patronage of His Majesty King Hussein bin Talal, may his soul rest in peace. He delivered a speech at the ceremony highlighting the importance of Jerusalem for the Hashemites and stressing the need for Muslims to band together to retrieve it. He said:

“As we exult this day, we look through your eyes and see millions of Arabs and Muslims in Asia and Africa coming together around Palestine at this very hour. We would like to remind all that though the restoration of the venerated Dome of the Rock Mosque started on the mosque’s land and within its confined borders, the quest to save the Rock and maintain its mosque and Dome ends yonder, in the usurped land — in the beloved Arab land — and with the restoration of our full rights to it.”

On 21 August 1969, a painful incident took place in Al Aqsa Mosque, when a Jewish extremist barged into the holy site and set it on fire, destroying most of its facilities.

The most important elements that were damaged by the fire were Salaheddin’s minbar (pulpit), which was brought from Aleppo by the Muslim leader Salaheddin who liberated the Holy City from the Crusaders in 1187 AD, Omar’s Mosque in the southeast corner of Al Aqsa Mosque, Zachariya’s mihrab, the Shrine of the 40, the Mosque’s main mihrab, the internal wooden dome, the windows, the southern wall and the carpets covering the mosque’s floor.

In response, His Majesty King Hussein bin Talal ordered the rebuilding of Al Aqsa Mosque and so it was restored to its shape before the fire; while the old aluminium panels of the Dome of the Rock were replaced with gilded copper boards. Moreover, the restoration encompassed other areas in Al Haram Al Sharif and Jerusalem, including: the Dome of the Chain, Bab Al Rahma, the Arghuniyya School’s mosque, Al Aqsa Mosque library, the Nahawi Dome, Suq Al Qattanin (the Cotton Market), the Islamic museum and the Fountain of Qayt Bay.

“What has been achieved so far towards the rebuilding and restoration [of sites in Jerusalem] brings satisfaction and pride to us all. Regarding the completion of the studies and the floating of tenders related to this operation, it brings us great pleasure to inform you of our personal donation to this auspicious undertaking in the name of my Hashemite Family, the descendants of Aal al Bayt and the bearers of their message. As we have been notified that you have 1.2 million Jordanian dinars, I hereby add to this sum $8.249 million as a personal donation from me and my Hashemite Family.”

The Hashemite attention to Jerusalem was not limited to restoring Islamic holy sites. It also involved building colleges, religious schools and centres to safeguard heritage, including: Jerusalem’s Islamic and Christian holy sites have become an indispensible component of Royal Letters of Designation to Jordanian governments under His Majesty King Abdullah II’s reign. They are now part of the working programmes of these governments.

His Majesty has reaffirmed, time and time again, the importance of safeguarding these holy sites and their facilities, pledging to protect them. The attention the King has paid to Al Aqsa Mosque is a continuation of the Hashemite Custodianship over Jerusalem and its shrines, due to its great stature in all Abrahamic faiths. In line with this approach, a committee for the restoration of Al Aqsa Mosque and the Dome of the Rock was formed by law, with the aim of safeguarding Islamic holy sites and ensuring that they maintain their resilience and lustre.

The committee has focused on Al Aqsa Mosque and its mosques, domes, mihrabs and benches as well as other landmarks, conducting regular maintenance work, removing the damage of the fire, which extended over a third of the mosque’s area, and restoring the Dome of the Rock Mosque, which was built in the period 66-72 Hjiri. 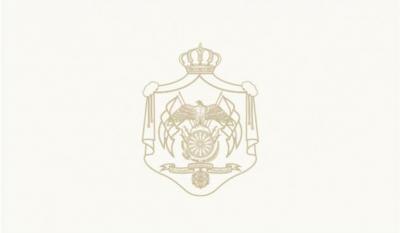