The flag representing His Royal Highness Crown Prince Al Hussein bin Abdullah II consists of rays of black, white, red and green; at the centre is a silver crown surrounded by a heptagram, a seven-pointed star.

The colours of the flag carry nationalist significance and also represent the Jordanian flag, with each colour representing an Islamic caliphate — the black ray stands for the Abbasids; the white represents the Umayyads; the green stands for the Fatimids, which also bears additional symbolism due to the colour’s traditional connection to Islam and Muslims; while the red ray represents the Hashemite dynasty and the Great Arab Revolt. The heptagram symbolises the seven verses of Surat Al Fatiha, the opening chapter of the Quran, underscoring the unity of the Arab peoples.

The silver crown represents the monarchy and the Crown Prince. It is situated in the centre of the heptagram to symbolise the Crown Prince’s place within the Jordanian community. 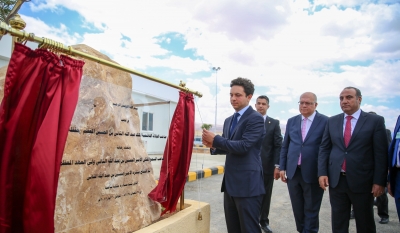 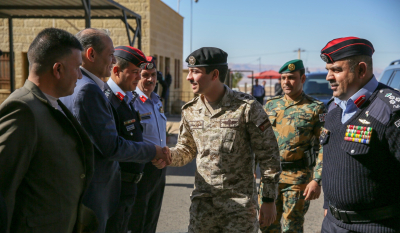 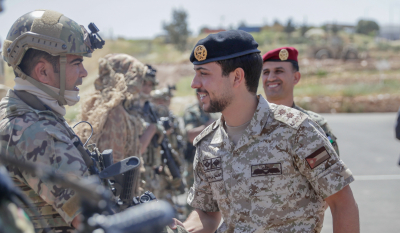 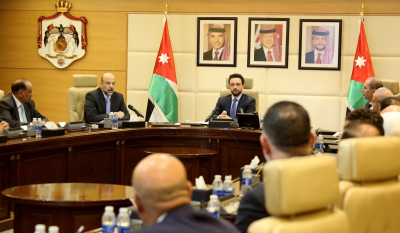 Remarks by His Royal Highness Crown Prince Al Hussein bin Abdullah II, the Regent, while chairing part of a Cabinet meeting to follow up on the government’s plans to implement Royal directives on a number of projects 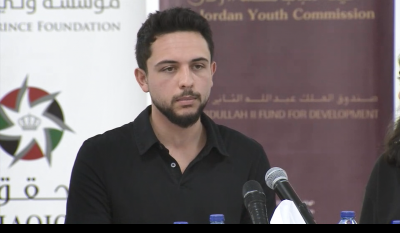