Born in Amman on June 28, 1994, His Royal Highness the Crown Prince was named in honor of his grandfather; His Late Majesty King Hussein bin Talal, the founder of modern Jordan.

HRH the Crown Prince, who holds the rank of captain in the Jordan Armed Forces-Arab Army, graduated in 2017 from the Royal Military Academy Sandhurst in the United Kingdom.

HRH completed his High School education at King’s Academy, Jordan in 2012, and attained a university degree in International History at Georgetown University in Washington, D.C in 2016.

HRH was named Crown Prince by Royal Decree on July 2, 2009. The Crown Prince accompanies His Majesty King Abdullah II on his visits across the kingdom to ensure the wellbeing of citizens, and on several official and military missions, as well as other functions at home and abroad. His Royal Highness has also been appointed as Regent several times during His Majesty’s travels abroad.

HRH has launched many important initiatives through the Crown Prince Foundation, most notably:

Haqiq initiative, a national leadership program which aims to enhance, develop, enrich and help youth reach their full potential as productive leaders and caring citizens, and advocates for volunteerism in the country; NASA internship initiative that provides Jordanian youth with an opportunity to intern at NASA, which led the first interns to establish “CubeSat” program and its design of “JY1-SAT”-Jordan’s first satellite that will be launched into space in 2018; HRH also launched MASAR initiative to inspire and address youth’s passion for innovation in space technology; “Hearing without Borders” initiative that seeks to treat deaf children through cochlear implants and provide specialized rehabilitation, training and education for the recipients, their families and rehabilitation specialists.

In April 2015, HRH the Crown Prince presided over the United Nations Security Council’s open debate on the role of youth in countering violent extremism and promoting peace, making him the youngest person ever to chair a meeting at the Security Council. As a result and under the guidance and direction of HRH, Jordan hosted the first Global Forum on Youth, Peace and Security in August 2015, which presented the Amman Youth Declaration. In December of 2015, these efforts were crowned by the United Nations Security Council’s adoption of Resolution 2250 on Youth, Peace and Security; the first of its kind, which calls for mechanisms that would enable youth to participate meaningfully in peace processes and dispute resolution echoing the calls from the Amman Youth Declaration. 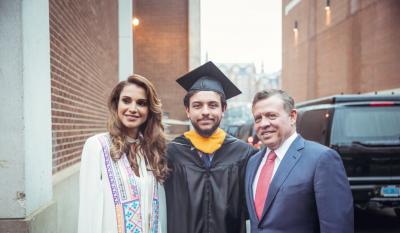 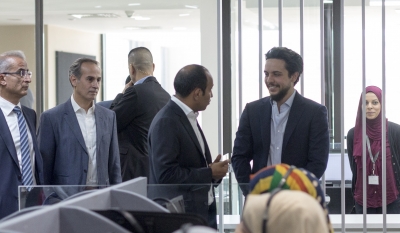